It was a fine day to explore the Shotley Peninsular,starting just under the Orwell Bridge on the A12 east of Ipswich.

The Orwell Bridge on the A12

We set off across typical gently undulating Suffolk countryside for Alton Water, a large reservoir fed by the River Gipping. A circuit of the reservoir is 8.2 miles and lots of people were walking or cycling. We strolled for 3/4 hour along the banks of the reservoir, returning over the top of the hill to the car park at Birchwood.

The path alongside the reservoir

Next came the Royal Hospital School Holbrook, in a magnificent setting overlooking the River Stour. The school originated in the Royal Hospital School Greenwich, south east London, to educate ‘..boys from seafaring backgrounds..’ in arithmetic and navigation. The school flourished, becoming overscribed, and moved to Holbrook in 1933. The naval connections are strongly continued to the present day.

Model ship’s prow at the end of the Parade Ground 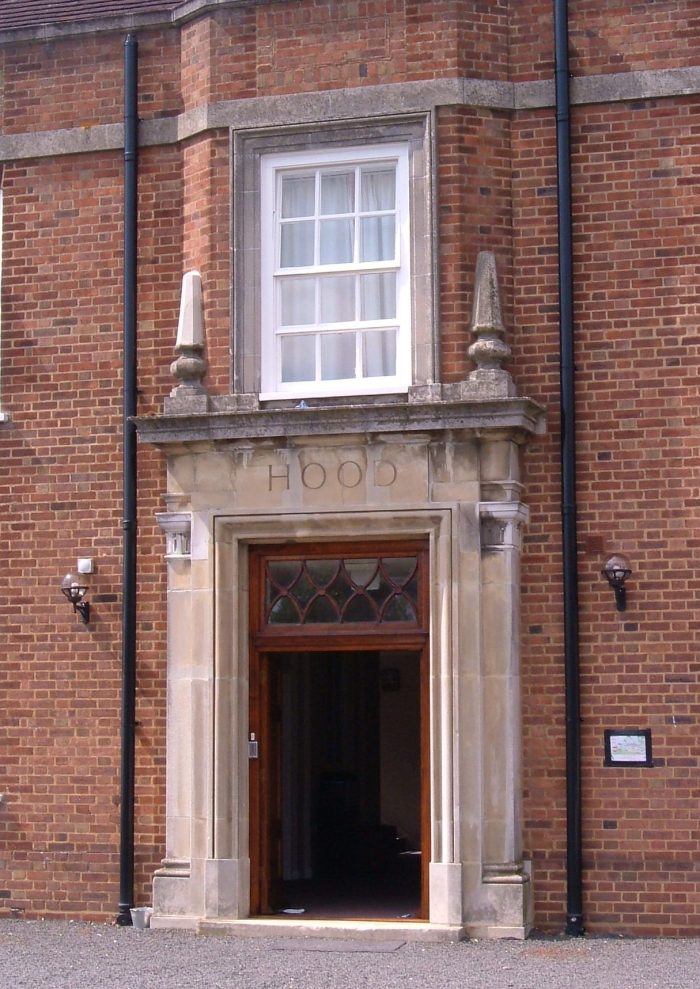 Driving along the ‘coast’ road there are glimpses of the river, and in Ewarton stop and look at the church, St Mary, a 15th century church dedicated to the Annunciation of the Blessed Virgin, apparently the only such dedication in Suffolk. 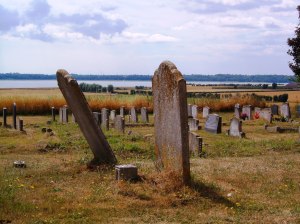 The graveyard of St Mary Church overlooking the River Stour

There are some remarkable tombs in the church: Sir Bartholomew Bacon (d.1392) and his wife, Joan of Heveningham (d.1445). Sir Bartholomew was from  Here is a fascinating history of the family connection with Erwarton. Interestingly, when Sir Bartholomew died the inheritance passed to his sister, Isabel, who married into the Calthorpe family who continued to inherit the estate until the death of Sir Philip Calthorpe in 1549. 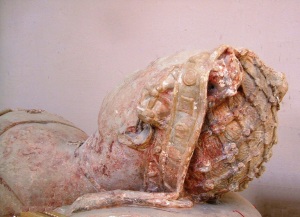 Sir Philip Calthorpe married Jane, a daughter of Sir William Boleyn of Norfolk, who was the grandfather of  the Anne Boleyn who became Henry VIII’s Queen. Jane was her Aunt and Anne apparently visited often.

This is relevant as there is a reproduction of the Holbein drawing of Anne Boleyn in the church, and a notice saying that her heart was buried in a crypt beneath the organ.

Is this True? Who knows?!

Sir Philip’s daughter, Elizabeth inherited and married into the Parker family. It was her son, Sir Philip Parker, who built Erwarton Hall. 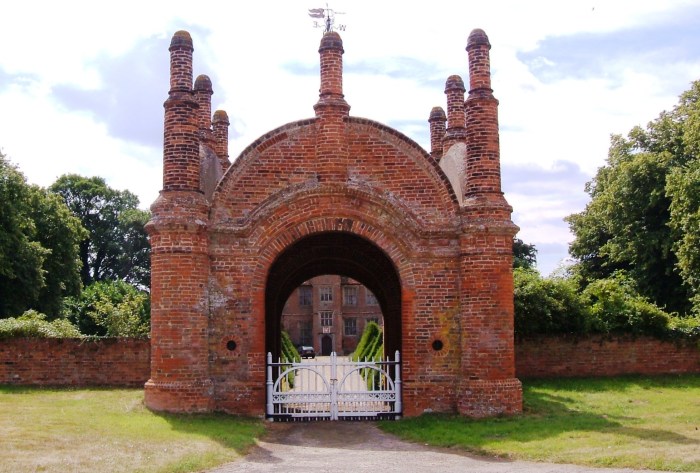 The Gatehouse to Erwarton Hall

From Erwarton the road led to Shotley Gate, on the tip of the peninsular, opposite Felixstowe and Harwich, both significant ports. Shotley Gate has its own small marina, filled with very expensive-looking craft! 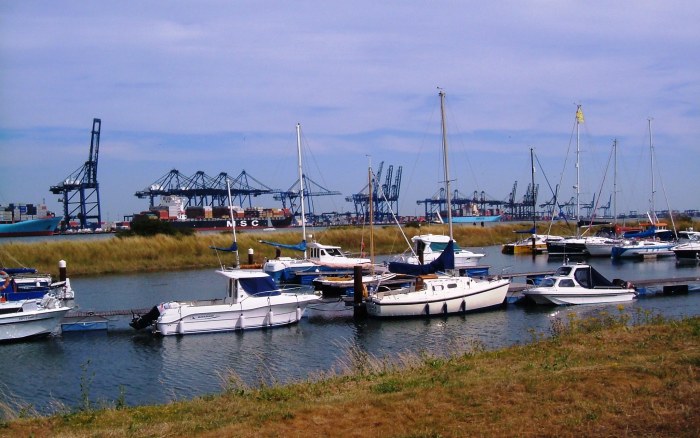 Looking from the Marina towards Felixstowe

HMS Ganges, a training establishment for the Royal Navy, started building in 1904 in Shotley Gate. Prior to this training was carried out on the ships themselves. 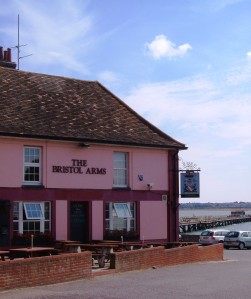 The same pier today, and a well-placed pub!

In 1907 the famous mast (44 m high) from the steamship HMS Cordelia was erected. The establishment had a long and distinguished history, both as naval base and training establishment and there are many interesting stories on the internet, including on this site. The base was finally closed in 1976, and has fallen in disrepair, although on our visit the planning permission pinned to the gate indicated development is imminent.

The story of HMS Ganges continues up the hill, at the Church of St Mary. The parish graveyard is alongside the church, but open the church gate and walk down the hill and there is quite another sight. 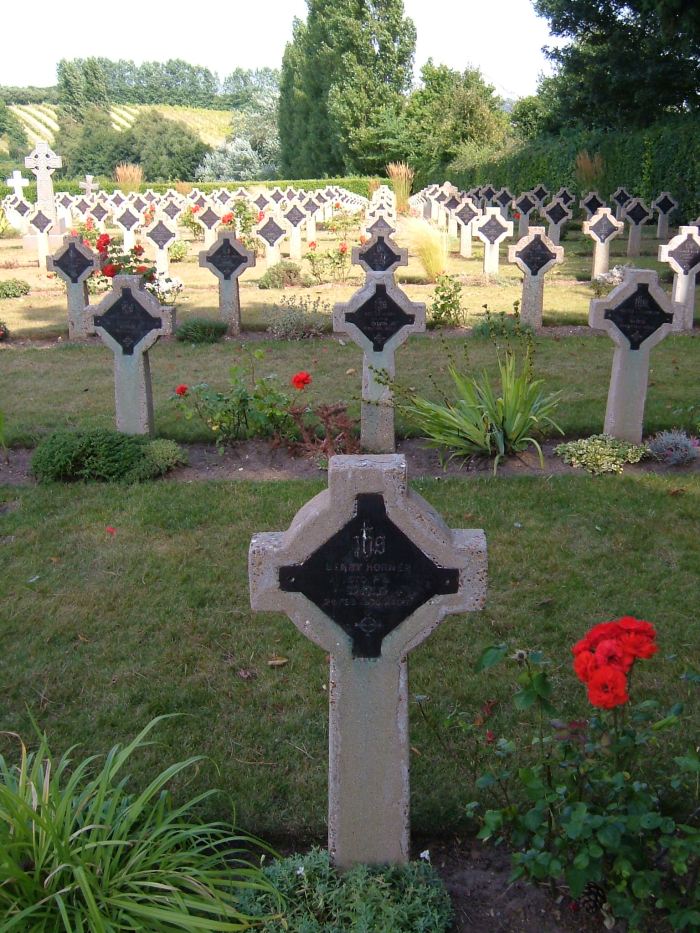 In memory of ‘Boys’ from HMS Ganges killed in WWI 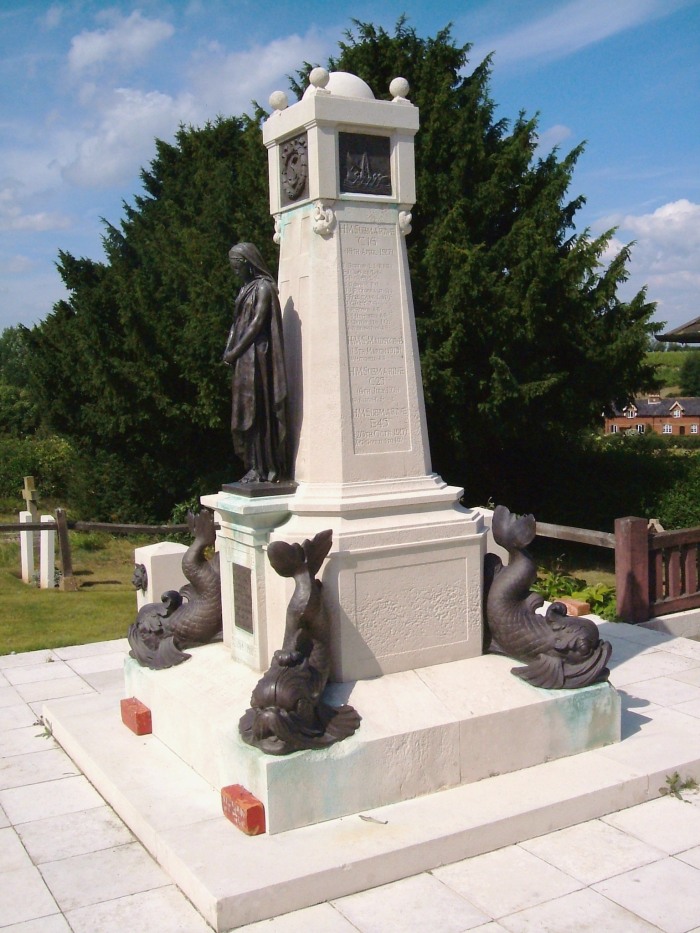 The memorial to submariners

and behind the parish churchyard – 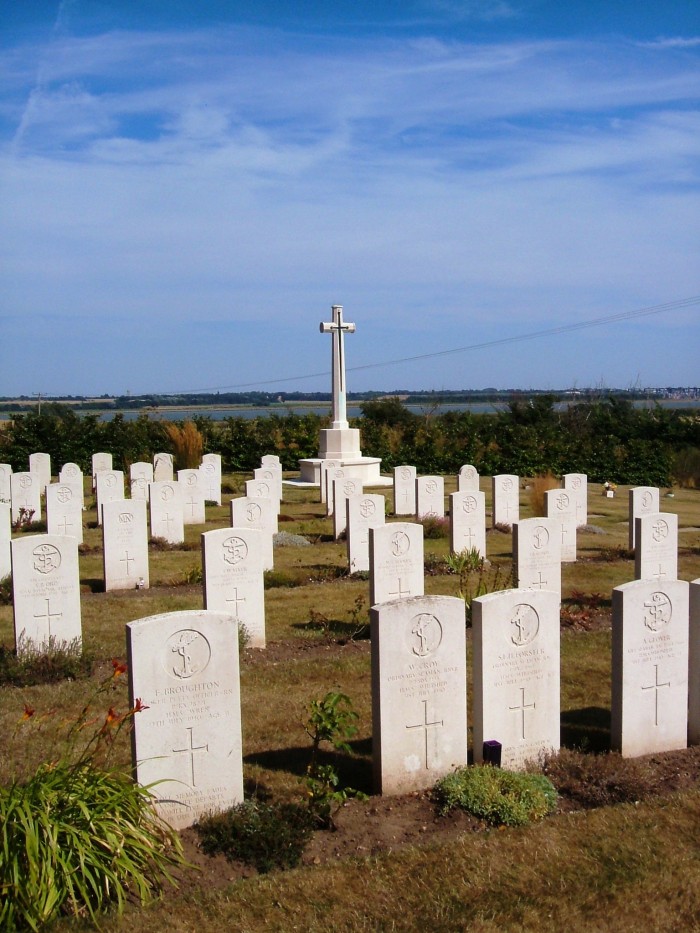 Back on the A1456 we turned off for Pin Mill which had WWII connections and is now a tourist ‘hot spot’ – don’t visit in the middle of summer! Access is via a single-track lane, with an occasional passing place. At the river you are rewarded with a pub, the Butt and Oyster, which has smuggling connections – of course!

Back on the A1456 Woolverstone Hall was the next landmark. It was built in 1776 for William Berners, a banker in London, by John Johnson, and it Grade I listed, one of the finest examples of Palladian architecture in England. (Interesting background here.) From 1950-1990 it was a school controlled from London County Council; since 1992 it has been the Ipswich High School.

And so back to the Orwell Bridge and the start of the drive.

Please feel free to share my photographs and use my walks as long as you link back to this blog. And do let me have your comments by sending me an email. These ideas are for your personal use only.